I haven’t gotten out much. Jet lag and sleeping pills have me so off. Four hours of sleep some nights. One night, 12 hours and still sleepy in the am. Just off. So sorry, no pics of actual Germany. Actually, there’s one down in the mix. Because cemeteries. Which I enjoy. Also, I’ve had one actually German meal. German food is all meat and potatoes and sauce and I don’t like it.

So it’s been all Thai and Turkish takeout (there’s a LOT of that around here), one super popular reservations-only restaurant that serves the German version of Tex-Mex and one actual German meal.

On to the grocery store…

Totally off topic: I have an affinity for cemeteries, crypts, catacombs and the like. It’s morbid. But it’s peaceful to me. Perhaps I’ll do a post of all the death chambers and grounds I’ve visited. Top two: underground catacombs in Paris and LaFayette Cemetery No. 1 in New Orleans. For now though, burial grounds in my little German town… 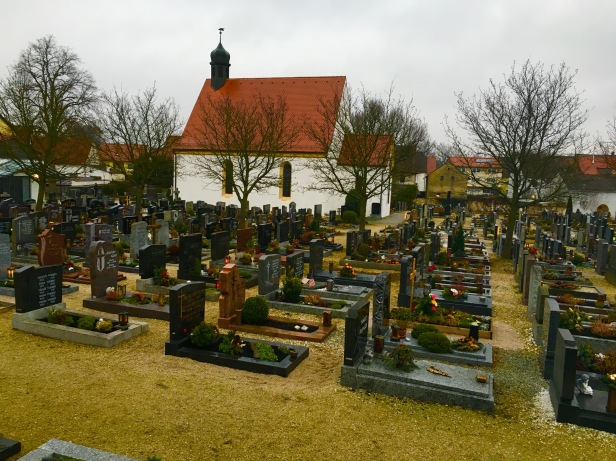 Next week, I’ll get out and about and post some more of the informational stuff.

Also coming up: Weekend in Santorini!

Join 1,346 other subscribers
Follow Austin in Wonderland on WordPress.com