Have you seen Argo? The 2012 movie about a true-story CIA op to smuggle six American embassy employees out of Iran in the midst of the 1980 Iran hostage crisis (with the help of Canada. Thanks, Canada). Ben Affleck appropriated the role of Tony Mendez, because there were apparently no Hispanic actors available, but that’s another blog post. Pretty good movie actually. Anyway, the point is that the entire end of the movie is intense and you’re on the edge of your seat waiting to see if these folks will make it out of Iran alive. The airport scene is almost too much. And though I never felt like I was in mortal danger trying to get out of Russia, my airport scene felt a little Argo-y.

Arrived at Pulvoko Airport in St. Petersburg. Checked in manually because online check-in was not allowed. That should have been my first clue. Cleared two levels of security: one that was just a boarding pass/ID check, the next was an X-ray screening (and no, not even the main security checkpoint that we’re all used to, an extra X-ray checkpoint).

Then to customs. My Argo.

Stepped into a vacant customs booth and came face to face with a man behind the glass. Standard. Slid him my passport and boarding pass. Standard. He didn’t like the way I handed him my passport. He gave it back. Should have been my second clue. I opened it to the photo page, removed the cover and then slid it back to him. Still standard.

For me, that’s where standard ended. Next…

Now, at the time, I had no idea what all of that was about. Could have been because I’m American, or black, or just foreign, or because I really do look just that different from my pp and visa photos. Now that some time has passed, and especially once the customs agent in Switzerland where I made my connection did a double take between me and my photos, I’m inclined to believe it’s mostly the latter. Actually, it was probably a combination but look at my photos. I really do look different in all of them. I promise I’m just one person though! And I’m stuck with this horrible pp photo for 10 years. *cries real tears* 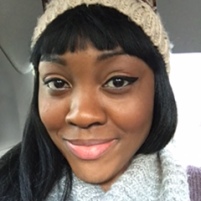 how I looked that morning 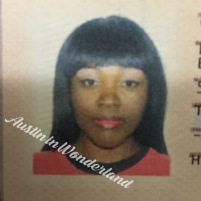 Once I left the customs booth, there was a final security checkpoint. The full body scan was one I’d never seen before. You step up onto a conveyor belt/moving sidewalk, turn sideways and put your hands up overhead while the conveyor belt moves you through the x-ray. Gathered my backpack and got out of there. AND I didn’t lose any of my souvenir mini vodka bottles or my honey. Though they did inspect my faberge owl to make sure it was a knockoff.

Thankfully, I allotted two hours for Russian airport BS so I still had about 30 mins to grab some lunch and board my flight. Swiss Air, no less. Just like in Argo.

No one was trying to kill me, as in the movie. It wasn’t THAT serious. But on the scale of mundane to insane, this was definitely more on the nerve wracking side of customs visits for me. And I’ve been through a LOT of customs. Had my stuff screened, been “randomly selected” quite a bit, been separated from the group and searched. But this was my first detainment. I think I could have only been more worried if the agents had been armed, I had been cuffed for some reason or I had been placed in an actual cell during the detainment. The element of angst was also elevated because it was Russia. Detain me for a few extra minutes in Canada, ok. Russia? No thanks to that ever again.

As soon as I boarded my Swiss flight and the flight attendant greeted me with a jovial “Hello”, I was set as ease, realizing how tense I had been the whole last two hours.

Russia is not ruined for me though. If/when I go back, I will just know to expect airport harassment. Though, I shouldn’t have to expect that. It’s crazy to accept harassment as the norm but in Russia, for some people, it just might be. I saw countless travelers pass through those customs booths without incident. I wondered if they all looked exactly like their pp and visa photos. If they were also being harassed or questioned in the booths. None of them looked like me. None of them were sent to the hallway where I sat. I want to have faith that the system will work correctly but systems fail all the time. And while I’m pretty comfortable with where corruption lies in American systems, I have no knowledge of Russian systems.

Could they have decided I was not actually me and detained me indefinitely? Sure. And I have no idea WHAT I would have done in that case. I’m just glad that wasn’t the case, and that I’m writing this from the comfort of my hotel room, planning my next adventure. Or maybe, I should just plan a relaxing, do-nothing, opposite-of-Russia style vacation.

Be sure to check out the rest of my Russian experience:

4 thoughts on “My Personal Argo: Getting out of Russia”

Join 1,346 other followers
Follow Austin in Wonderland on WordPress.com