Second expedition day: Hiking in Paradise Harbour and a visit to the British-occupied Port Lockroy. Paradise Harbour was so named because it’s a bay protected on most sides by mountains so weather and conditions in the harbor are heavenly. At Port Lockroy, I was able to have my passport stamped at the post office with the official and much coveted Antarctica stamp!

This is the only place on the actual continent that you can get the stamp. We then hopped over to Jougla Point where I promptly found a rock and sat down for the entire 35 minutes. I was tired and over it. Imagine being over Antarctica!

Where the heck even am I…

And on the way down. Hot and without a coat… 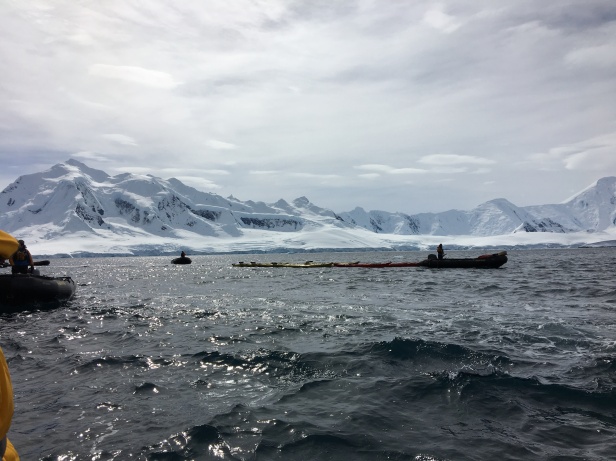 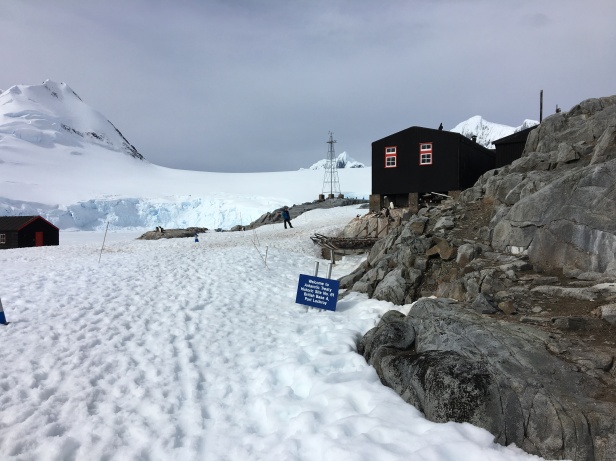 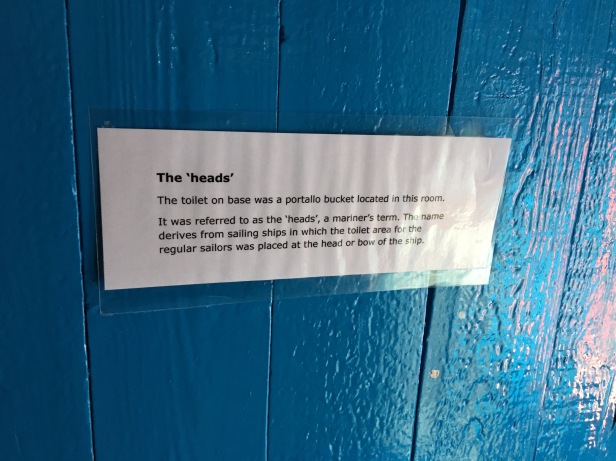 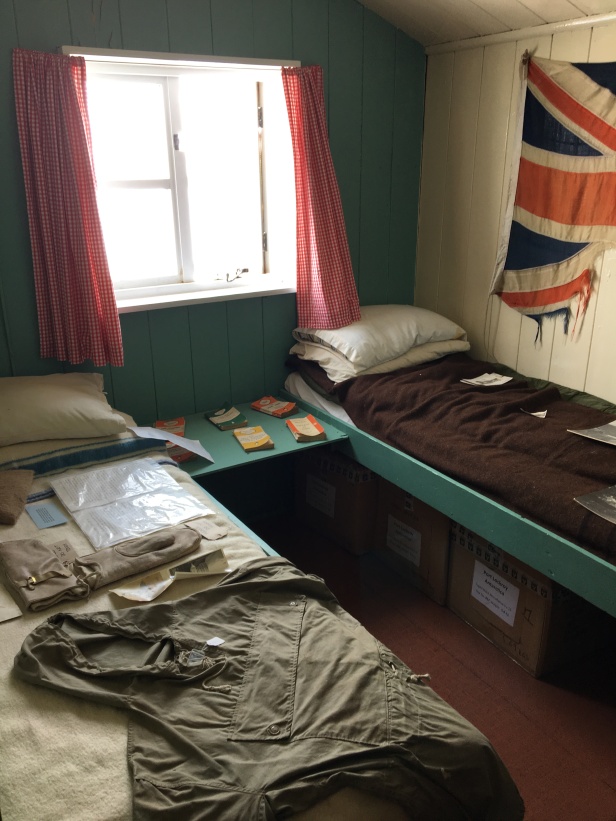 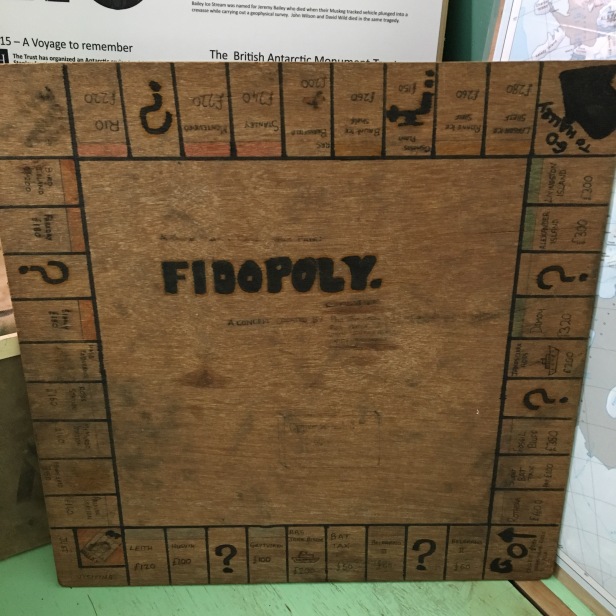 I couldn’t get enough of them stealing rocks and just being generally terrible to one another. Who knew. 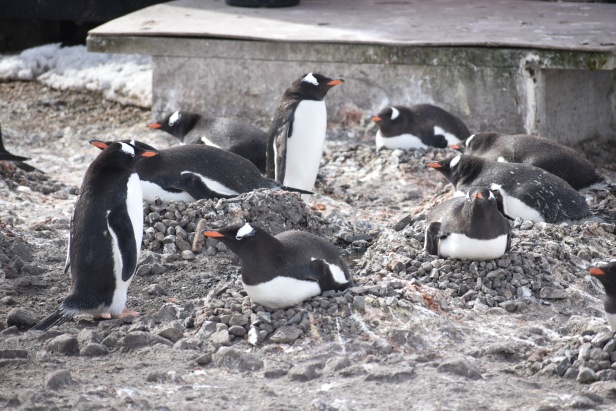 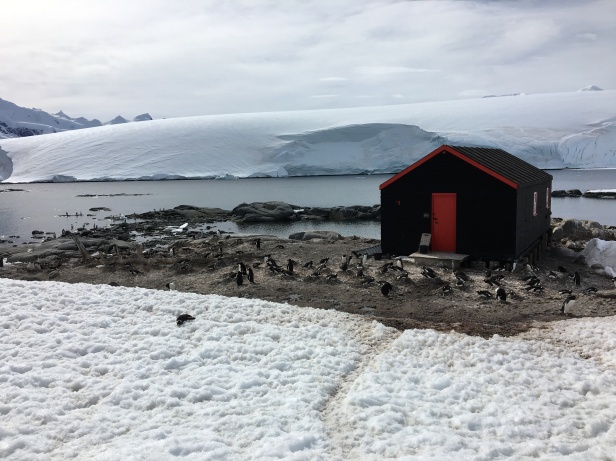 Here’s my only photo from Jougla and I didn’t even take it (shout out to Sam T. from Sydney, hey girl!). I sat on that rock from the moment the zodiac pushed up the Jougla Point. I was sick of walking in the snow so I did not move. I did take one video of a penguin that walked all up in my space (kidding, it’s all their space) but I was done with being out and about this day. I was also getting quite antsy about the impending polar plunge (google that or just wait a couple days and I’m doing a whole post on it). Because when in the world was it gonna happen!?! I wanted to get it over with. Anyway, this is it for Jougla. Another spot with another who-knows-how-many thousand penguins.

All done with our second expedition day. It was pretty exhausting actually. That hike, trudging through knee-deep snow that collapsed as soon as you put any weight on it, dodging penguins and their highways. The views from sail away were what reenergized me. All of Antarctica is gorgeous. Virtually all of it. And by the way, these photos were taken at almost 11 at night! #MidnightSun 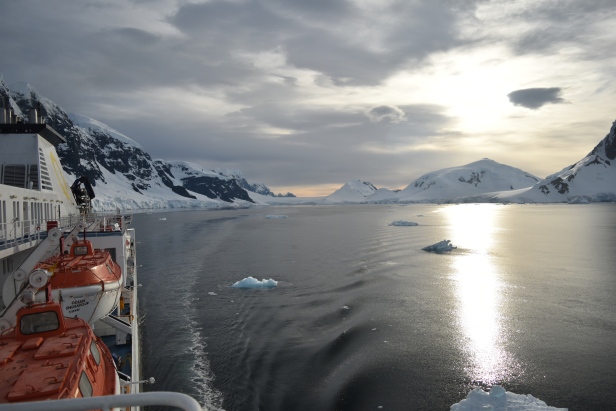 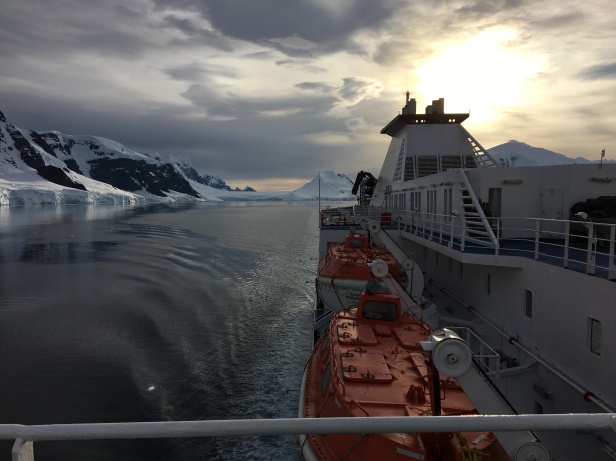 Did you catch my videos of the volatile Drake Passage? Or my highlights of being surrounded by animals at Cierva Cove? Click through and enjoy.

3 thoughts on “I Was Almost Over Antarctica”